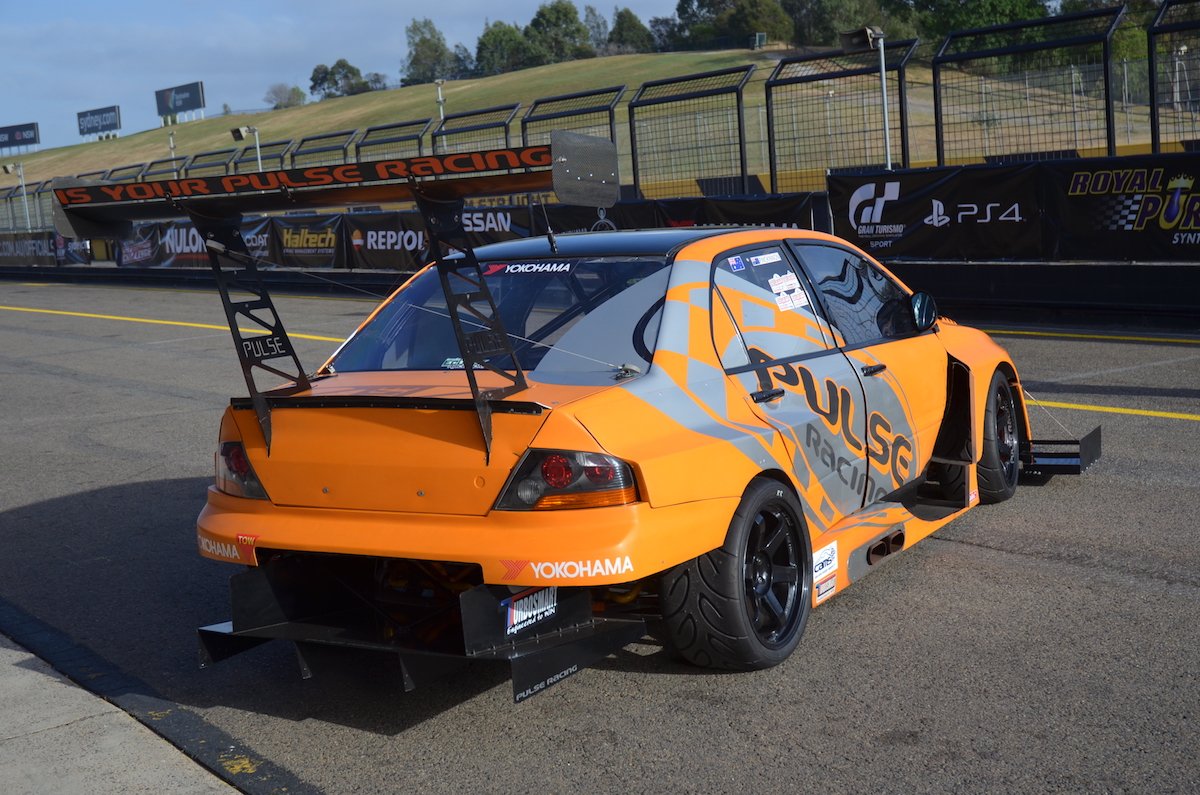 Every year we modify and fine tune our Pro Class Pulse Evo so that we stay competitive. WTAC 2017 was meant to be the year we cut a few seconds off our best ever time. And we were on track to do so on day two. But let’s start from the beginning and recap day one. 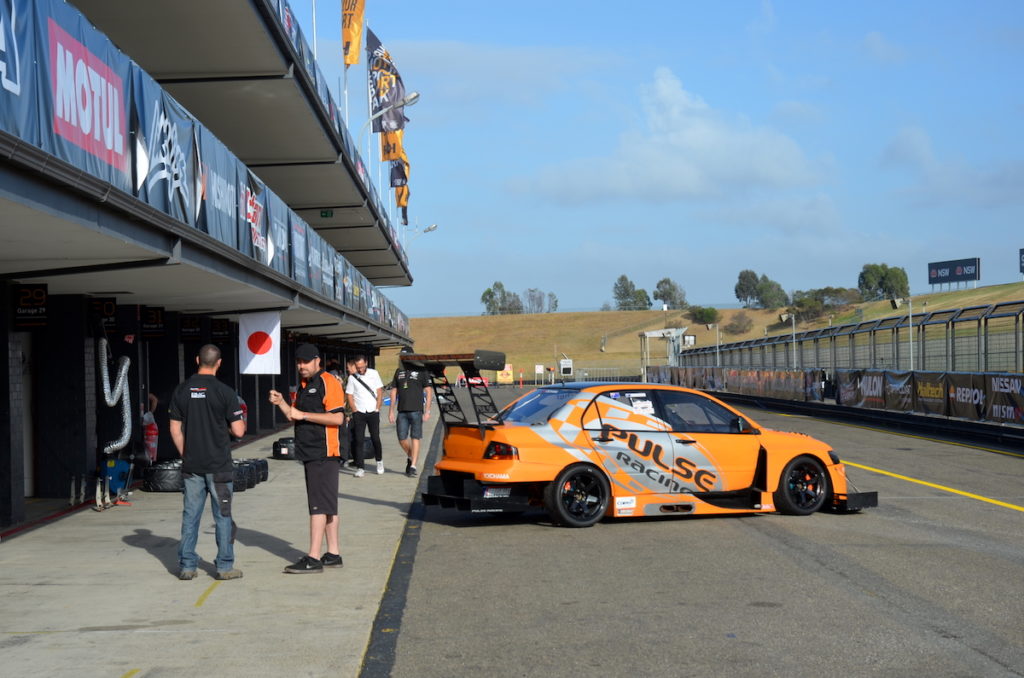 The build up to the event was like any other for us; smooth and well mapped out. This year we came to the event with more horsepower (roughly 900hp, around 100hp more than the year before) thanks to a new turbo and a retune, some camber tweaks, and other various other modifications.

Arriving at the track on Friday, we opened garage 29 and began to prep the Pulse Evo for session one. 2017 proved to be a special year for us, given we’d be sharing the pit garage with Under Suzuki and his super-fast Nissan S15 Silvia.

Track conditions were set to be great for day one, with no signs of bad weather. Paul and Paul (team owner Paul Fisher and our driver Paul ‘Pablo’ McKinnon) talked the morning away about strategy and car setup. 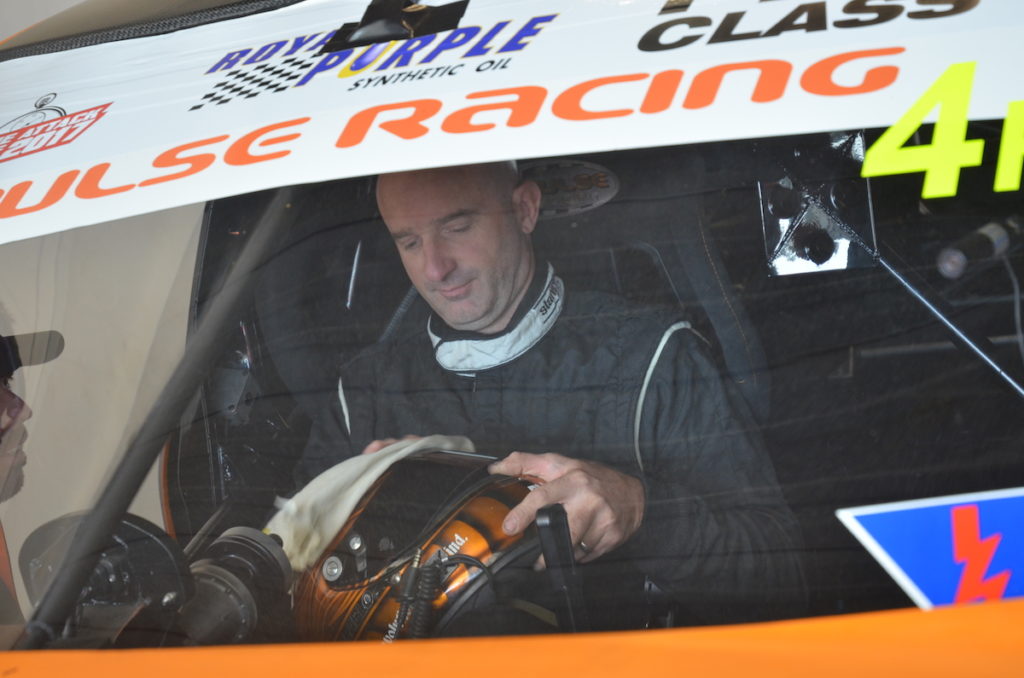 Halfway through session one Pablo said the car was feeling strong, however the engine became unresponsive at turn 4 of our fast lap due to a $20 intercooler hose letting go…

We decided to skip session two as our guys were busy refitting the new intercooler hose. Session three Pablo managed to put down a respectable time between 1:30.5 and 1:31.0 (we had an issue with our transponder for the first half of Friday hence the non-accurate time).

Paul and Pablo continued to chat about car setup as well as the data from the day’s two sessions. We believe the Pulse Evo should be good for a 1:28.0-1:27.0, but the issue we were having was the extra horsepower was throwing up serious amounts of wheel spin on some corners; sometimes up to 140km/h. 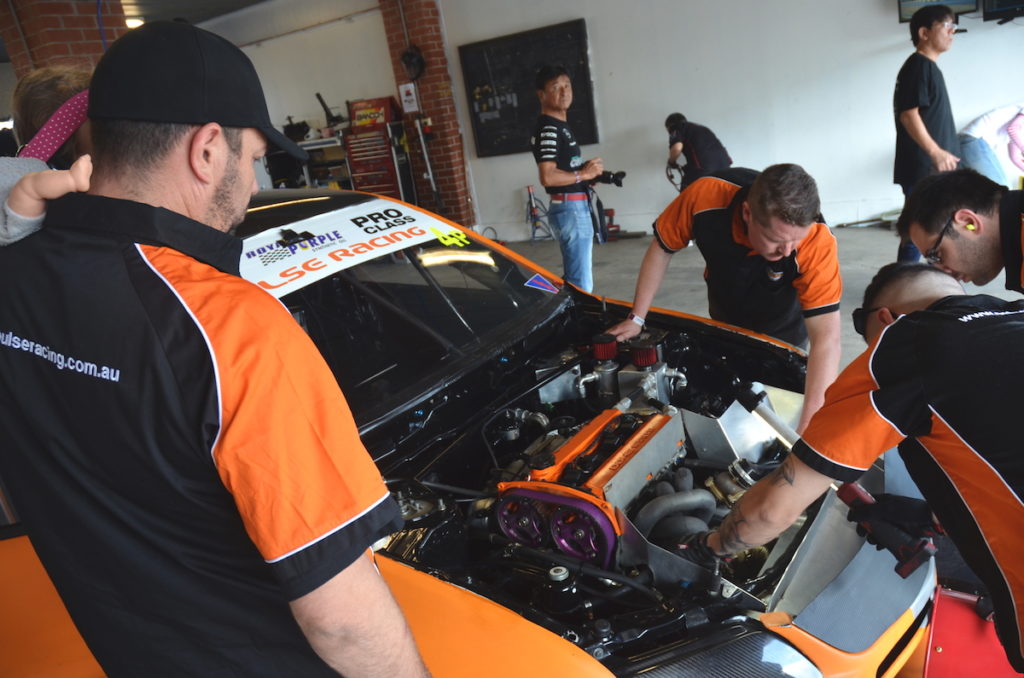 With the wheel spin still holding us back, we still went out for session four of day one, but never aimed to break any records to do anything astonishing; the data is what we needed.

End of day one saw Paul and the guys stay back late in garage 29 to tweak camber amongst other things to counter the wheel spin. Paul was confident that day two would see the Pulse Evo lay down its power better thanks to the suspension changes carried out.

Arriving at the track for Saturday day two of WTAC 2017 saw teams scurrying around due to the bad weather that was looming. Session one couldn’t come soon enough given day one’s mishaps were well and truly behind us. 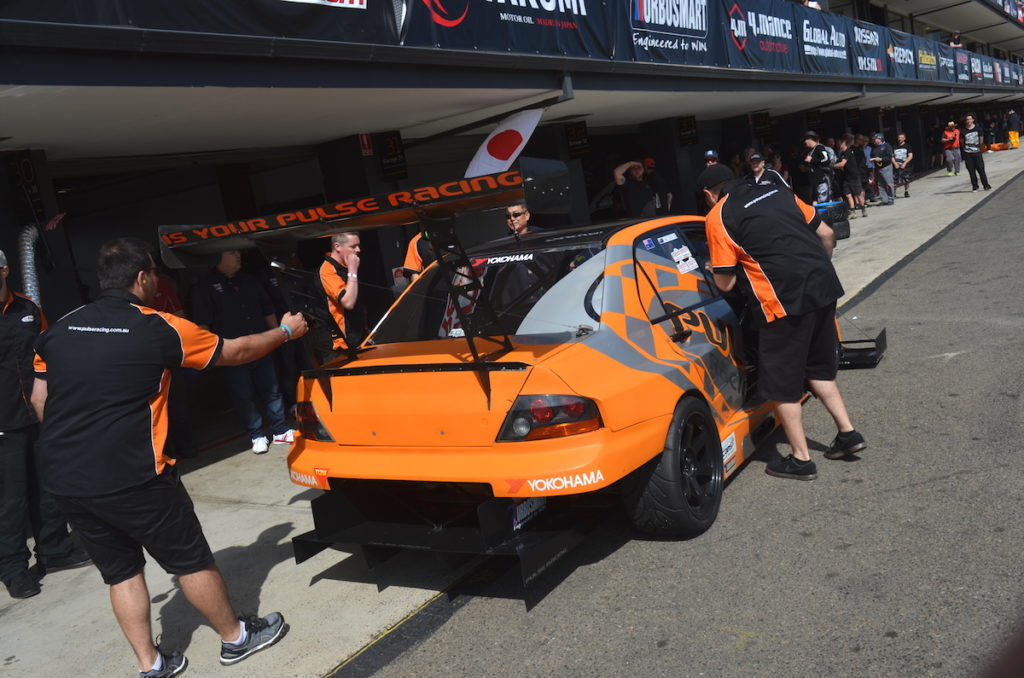 Both Paul and Pablo were confident that the car would be fast, we just weren’t sure how fast. Around turn nine of our fast lap in the first session, around one-full second up on our best-ever lap at Eastern Creek, the Pulse Evo’s trusty RS diff decided it could no longer cope. And that was our day done. The car sat at the back of the track waiting for a tow back to the pits.

It’s a shame the diff let go because the team had worked so hard to prep the car to be competitive against the other AWD cars in Pro Class.

While we could have tried to swap out the diff to possibly make it out by session three or four, the worry of rain as well rushing the job saw Paul decide that the day was done. We used the remainder of the day to go over the car’s data from the weekend, as well talk with friends and customers about their very own cars.

We’d like to thank every fan and customer, both at home and online, who supported our WTAC 2017 campaign. We can’t thank you enough. And know that we’ll be back!