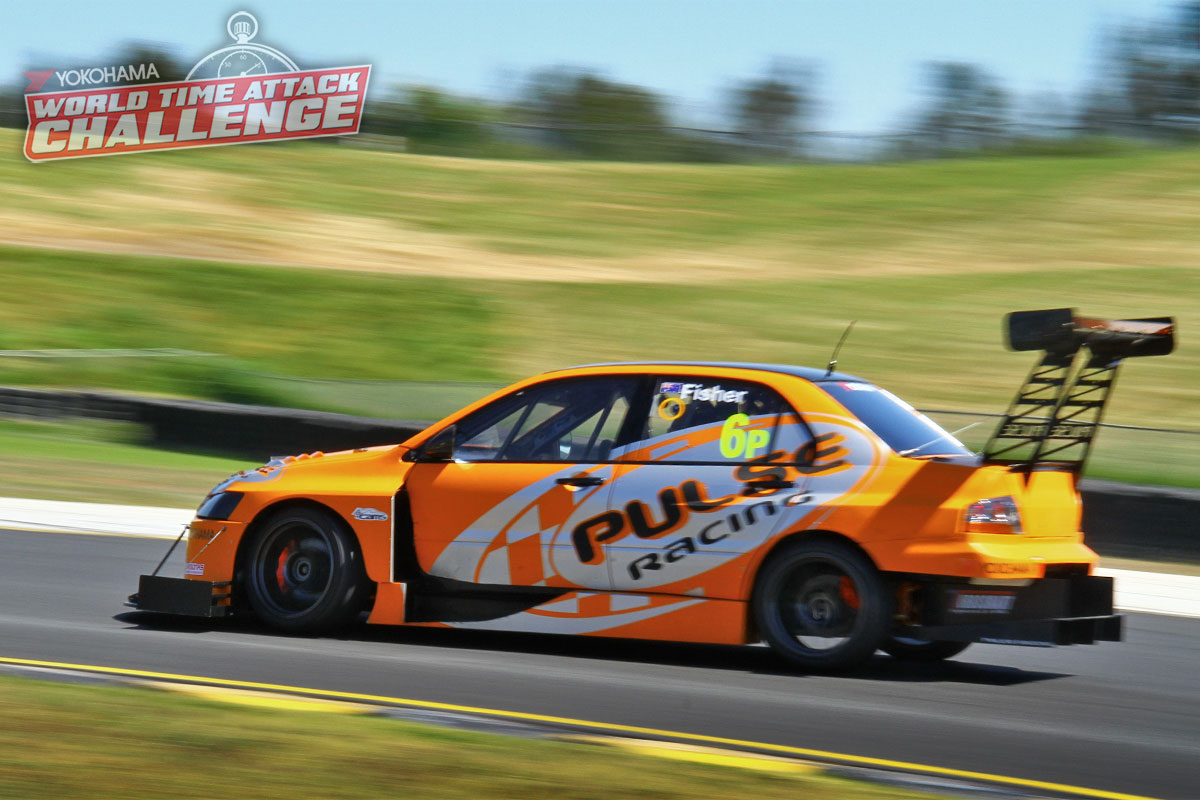 In 2013 World Time Attack was moved a few months later from August to October . The change of month meant that the temperature at the event was no longer bitterly cold, but rather it was a couple of much warmer Spring days. This had the effect of a much higher track temperature than past years of competition, which saw cars from many teams battling a whole range of mechanical and tyre temperature problems.

This did not deter any of the competitors as many of the teams worked all day and night to make adjustments and repairs to their cars.

The weeks leading up to WTAC 2013 saw Paul and the team working long into the night preparing and fine tuning the cars to make sure they were 100% ready to compete.

In the weeks coming up to the event Paul spent countless hours on the dyno with the Evo refining the tune. The end result was a car with slightly higher power output than last year, but with much more engine response allowing driver Steve Glenney to get more of the power down earlier coming out of corners.

Mechanically the Pulse Racing remained largely the same, with the biggest addition being a full sequential gearbox from which replaced the old faithful dogbox.

The BRZ arrived at the track with the added upgrade of an AVO turbo kit and a Pulse tune, and we had high hopes that the power increase would allow us to stomp its previous year’s times. At the time of it’s release last year it was too new a vehicle which meant that it wasn’t incorporated into regulations yet. This meant that we had to compete in Open class against some seriously fast cars. This year however we had the car in Clubsprint which gave us a much more reasonable challenge.

The BRZ proved to be very quick and reliable, helping Paul to post consistently quick lap times with a best time of 1:48.7084. The best bit was that the car did lap after lap without a single issue and Paul was able to drive it to and from the track each day.

All in all it was a successful weekend! Every car that we ran came home in the same condition as it went to the track, and we gained an incredible amount of valuable data and feedback which we will use in the R&D process for all of our cars. We would like to thank the entire Pulse Racing team, all of our customers who came out to support us, our suppliers who delivered parts to us up until the last minute, and all of the event organisers and marshals who worked tirelessly to make this event possible.

A massive thank you also goes out to our drivers, Steve Glenney, Paul Fisher, & Nick Adams for getting out there and squeezing every last bit out of their respective cars.

We will be back bigger and better than ever next year, stay tuned for more updates on our Projects page as we further develop all of the cars here at Pulse Racing!